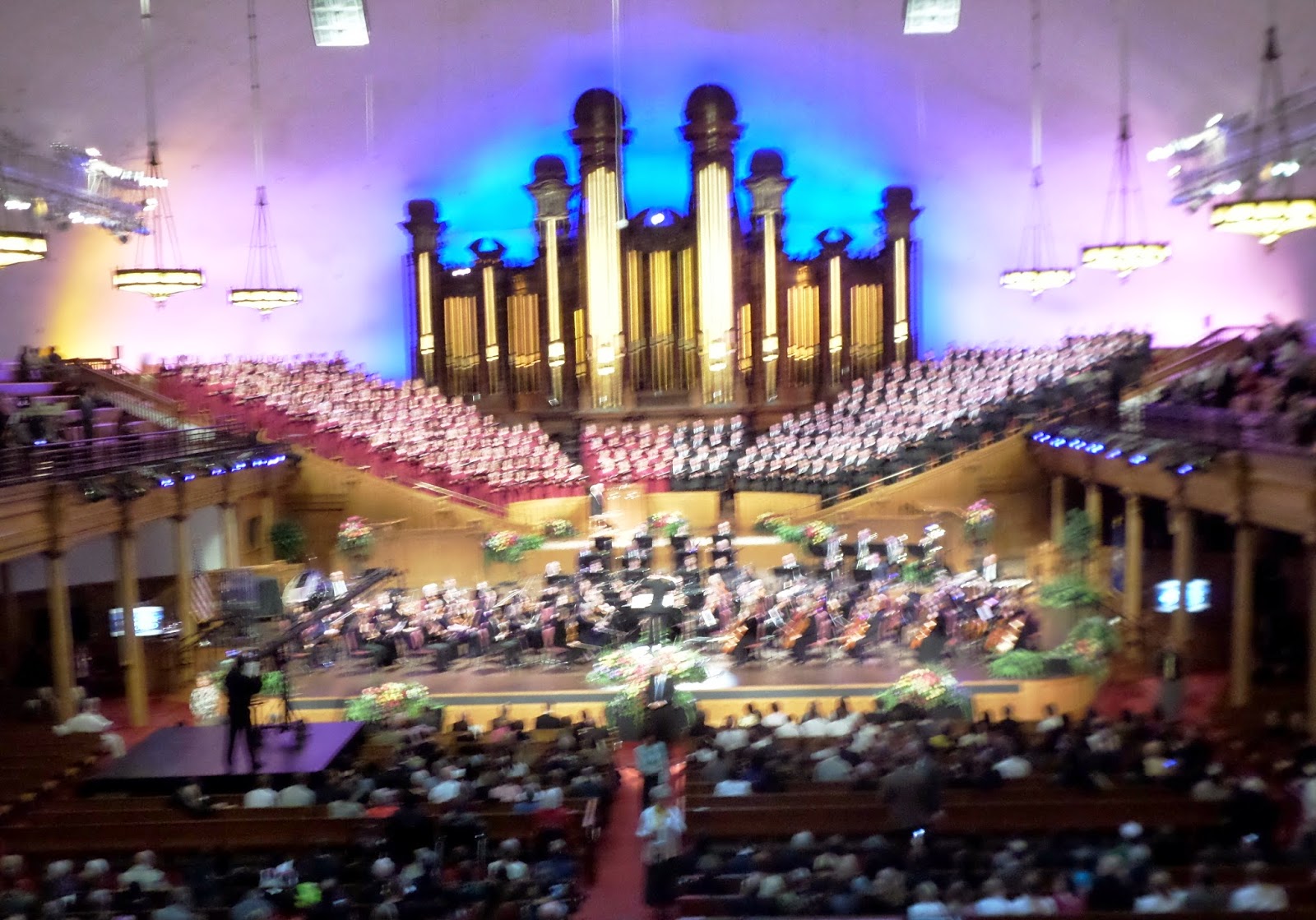 We have attended the Music and the Spoken Word Broadcast last Sunday and then again today (from the balcony).  Attending in person gives a totally different experience than watching the broadcast on TV.  If you come to Salt Lake City, you gotta go!  We also attended two different wards the last couple of weeks that were all missionaries!

We have visited with our families.  They have been so gracious in taking care of us.


Our time in Utah is drawing to a close.  We begin our journey to the Philippines Bacolod mission early tomorrow morning and will will arrive Wednesday afternoon (Philippine time is fourteen hours ahead of Mountain Standard Time).

This week we have learning about the medical side of missions.  My impression of this experience; Heavenly Father loves his missionaries!  We have had the privilege of being with and taught by those who not only talk the talk, but who have been directly involved in the care of missionaries.  Elder Schweitzer, of the first quorum of the seventy and his wife also took the time to visit with us.   In our group we had several physicians and their wives going out as Area Medical Authorities.  They have gone to Nauvoo, Illinois and Hong Kong.  One AMA will soon go to Tokyo, Japan.  The rest of us are going out Nurse Specialists to Argentina, Peru, Alabama, Hawaii, and several going to various missions in the Philippines (there are 21 missions currently in the Philippines).  There are currently some 405 missions worldwide and only about 130 have nurses.

This week we took several missionaries we met from the Philippines to dinner (with the Mission President's permission) and today we said our goodbyes to our new friends.  Goodbyes are not easy--we already love the Philippine people!.
Posted by Karen & George Mower at 12:39 PM No comments:

Karen & I had the opportunity of meeting three wonderful Sister Missionaries serving on Temple Square.  They were all from Bacolod--where we are going to serve!  They are Sister Marquez, Amar, and Torino.  They were so sweet and had wonderful smiles.  They got us  excited about serving in Bacolod. 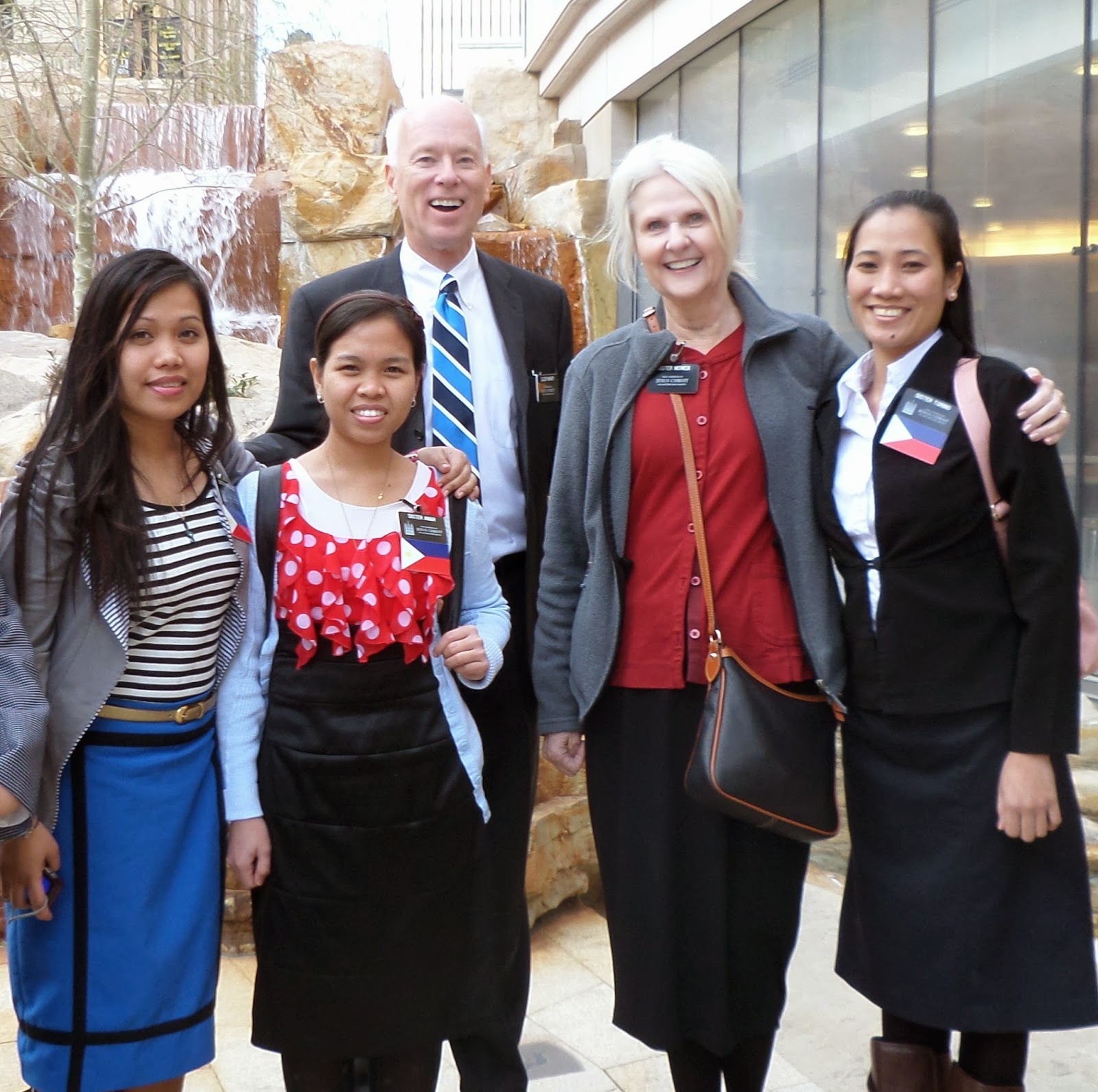 Posted by Karen & George Mower at 8:02 PM No comments: 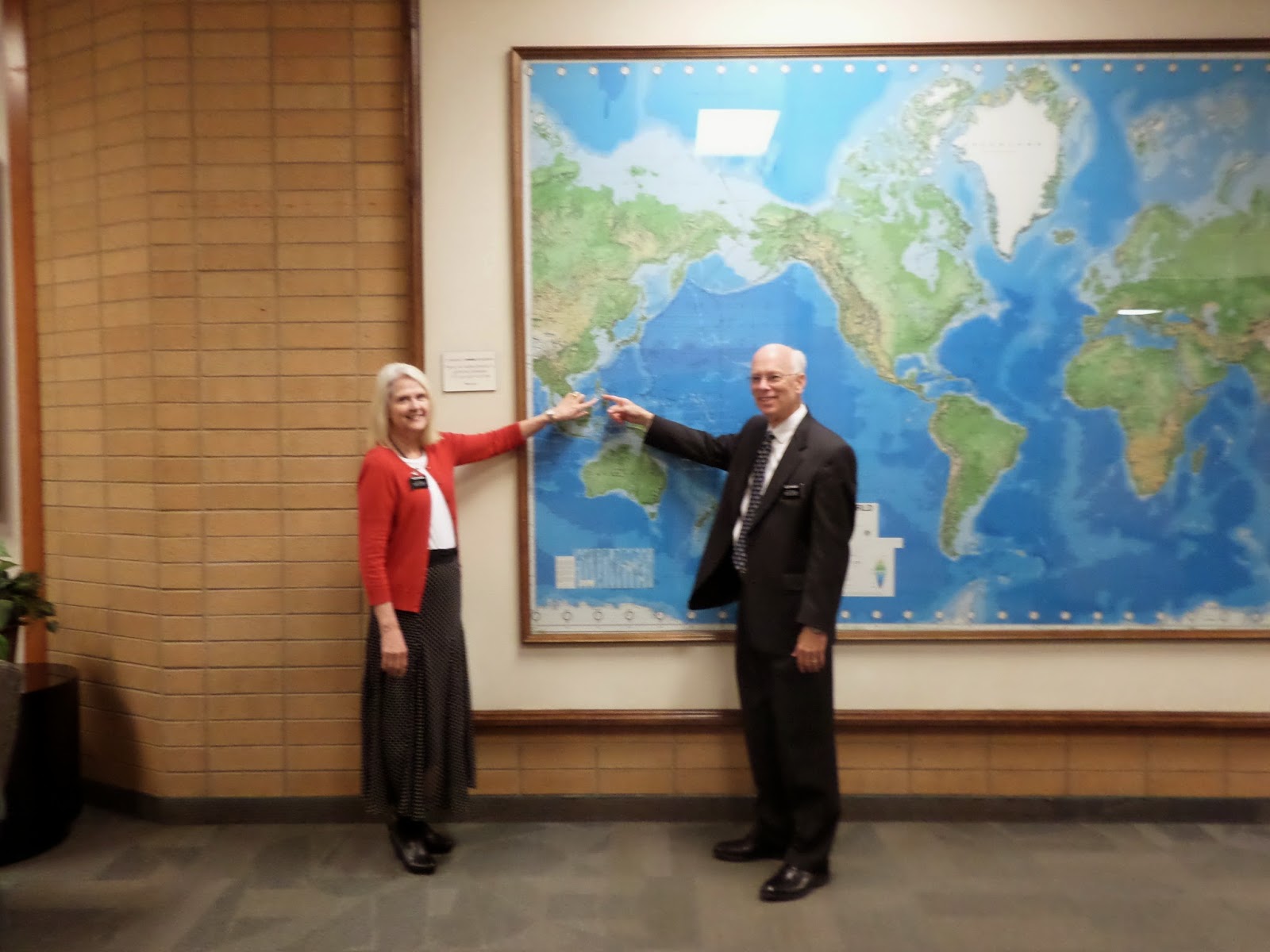 Our mission began early the morning of Monday, March 10, 2014.  Our son Spencer, his sweet wife Stephanie and Nathen (6), Tyler (4) and Kaylee (almost 2) came to see us off at the airport at 6:00 am.  We got to have hugs one more time from some of our favorite people!

We flew to Salt Lake City, took a shuttle to the Provo Missionary Training Center (MTC) and entered the doors of a wonderful place where our lives changed.  Within thirty minutes of arriving we had a place to stay, we had our agenda, had our missionary badges, and we were escorted to a quick lunch before our classes started.  We joined about 120 other senior missionaries for the weeks' activities (the picture above only shows half the group).  There were many missionaries that were called to serve in their own stakes.  There were about fifteen couples preparing to go to Nauvoo.  There were missionaries called in many different capacities to serve around the world.  There was even a couple preparing to serve in the Tucson Arizona mission and another couple planning to serve in the Ukraine!

The week quickly went by and when our classes ended Friday afternoon, we had fond memories of many wonderful people we had the opportunity of spending a short time with.  Our instructors were young and the spirit was strong and when we left, our last instructor said, "now go give them Heaven".

This morning several of us were brought to Salt Lake City, where we will spend the next week in additional training.  Our first stop was to drop a couple off at the airport headed for Samoa.  The sweet sister said when they put in their papers for this mission, they said they would like to go anywhere, but Samoa.  They received their call and their call is to Samoa.  This will be their fifth mission to Samoa!

We loved being with the young missionaries.  Young people from many places preparing to serve in many places.

Karen & George Mower
We are retired and have been called to serve in the Missouri St Louis Mission.